Fastener is just the ticket

Canadian train operator turns to European fastening manufacturer to provide a maintenance solution for the quick swap out of seating on the Rocky Mountaineer.

The Canadian Rockies are recognised as one of the greatest natural spectacles on the planet and many claim that the best way to see the stunning scenery at its finest is from a carriage on the Rocky Mountaineer.

Owned and operated by Canada’s Armstrong Group, the Rocky Mountaineer is a purpose-built tourist train that was designed to be what has since become one of the country’s greatest and most popular attractions for both domestic and overseas visitors alike.

Operating over four routes across the Canadian Rockies and with each train capable of carrying up to 900 passengers at a time, the Rocky Mountaineer offers customers a high level of luxury. For the train operators, as with airlines, safety and serviceability rank highest on a list of design priorities that will ultimately lead to a popular and profitable business.

So, when the carriage design teams set to work on the Rocky Mountaineer, they needed to consider seating systems that were of the highest quality, but which also allowed for worn or damaged seats to be replaced quickly, quietly and cleanly, either ’underway’ – while the train was en route – or on turnarounds between journeys.

The manufacturers were also keen that replacement parts, such as seat bases, could be fitted without the need for special tools or specialist knowledge. With so many passengers expected, planning in advance for the necessary rectification caused by inevitable wear, tear and breakage was essential. At the same time, the operators also identified the need for the Rocky Mountaineer to take with it a separate carriage containing all the spares likely to be called for in the field. Canada is a vast expanse and, should urgent repairs be required, the only way to guarantee access to either a workshop or spare parts is to take everything with them on the train in their own carriage. 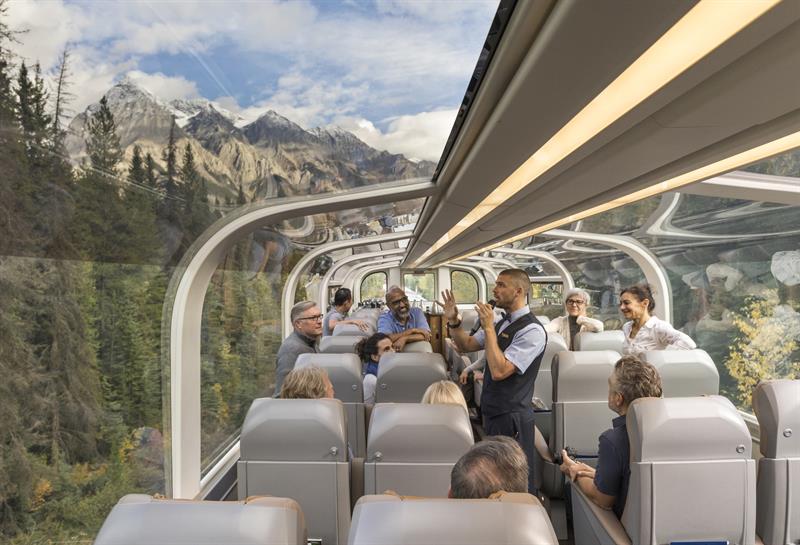 Mindful of a growing list of specifications and requirements for seating, the Rocky Mountaineer team engaged with a company called Probatec, based in Germany, which has a track record of innovation in automotive, mass transit and military seating applications.

Focusing on the needs described by the train operators, Probatec investigated a variety of options, choosing Böllhoff’s SNAP-LOC fastener as its preferred method of attaching the seat bases to subframes in all of the carriages of the Rocky Mountaineer. This fastener, already used extensively in a wide variety of applications (including wing mirror mounts on some models of BMW motorcycles and tail light cluster mounts on top-of-the-range motorhomes from Burstner), is based on Böllhoff’s ball and receptor socket design 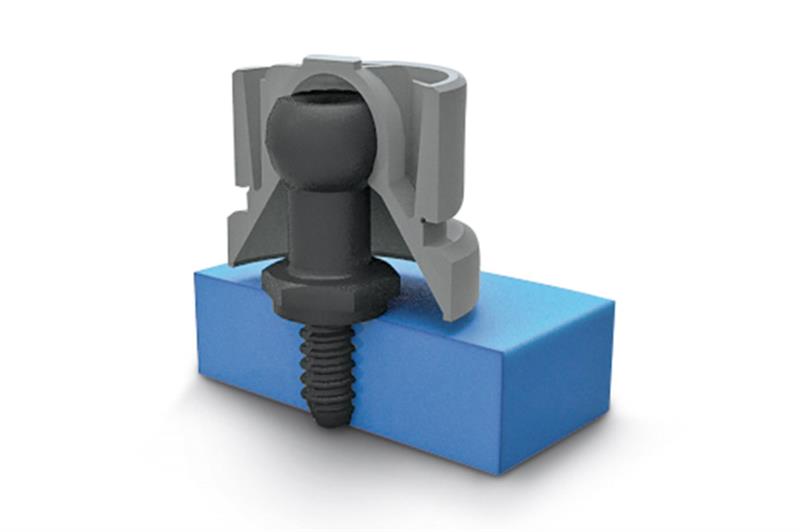 SNAP-LOC is said to offer significant strength, is light, clean and, when installed, is completely invisible to users. Yet, when required, a seat base can be changed by just about any staff member in seconds, with a secure and guaranteed perfect fit every time. A damaged unit is simply pulled off and the replacement base positioned accordingly, before being ‘clicked’ into place. An added advantage is that SNAP-LOC also acts as an isolator between the carriage chassis and the seat base, further reducing vibration that may be experienced by passengers.

Böllhoff UK industry manager, Clive Brown, said: “This is just one of many important applications for SNAP-LOC that have emerged in the transportation market recently. As users demand lighter, quieter vehicles of all sorts, they are also keen to source simple, durable fasteners that anyone can use in the field without specialist knowledge, because it is another way of reducing the overall cost to the customer over a lifetime of use.”

FASTENER IS JUST THE TICKET FOR THE ROCKY MOUNTAIN WAY