Laser transmission welding – also known as laser welding – is a method employed for joining plastic parts. Here FAST looks at a new range of compounds that have been specifically developed for this process.

Laser transmission welding enables even very small components with complex geometries to be produced in a cost-efficient and resource-friendly manner, making it part of the growing trend toward the miniaturisation of electrical and electronic functions. This is why LANXESS has developed a wide range of laser-weldable polyamides and polybutylene terephthalates (PBT) Durethan LT and Pocan LT (Laser Transparency) and has recently expanded its range to include three new compounds.

At K 2019, the international trade show for plastics and rubber, that took place in Düsseldorf in October, the company’s high-performance materials business unit showcased these innovative compounds.

“In addition to good, process-safe laser-weldability, the three new materials possess a range of other important properties that allow them to be used in a broader range of applications,” says Dr Claudia Dähling, an expert in technical plastics at LANXESS. “Potential applications include components for electrified vehicle drives and driver assistance systems as well as devices for digitalising the world in which we live: The Internet of Things.”

Pocan B3233XHRLT (currently Pocan TP155-002) is a new, 30% glass-fibre-reinforced PBT compound that exhibits good laser transparency and an excellent resistance in a hot and humid environment. Materials like these are almost unprecedented on the market because standard additives for hydrolysis stabilisation generally cause the laser transparency of PBT to deteriorate significantly. The outstanding hydrolysis resistance of the trial product from the latest Pocan HR generation has been demonstrated in the SAE/USCAR-2 Rev. 6 long-term tests of the American Society of Automotive Engineers (SAE).

“This test on the finished part is recognised worldwide as the ultimate test of hydrolysis resistance. In a series of highly stringent, in-house tests conducted on test specimens, our product achieves USCAR test results of between Class 4 and 5 – the two highest classes,” says Dr Dähling. 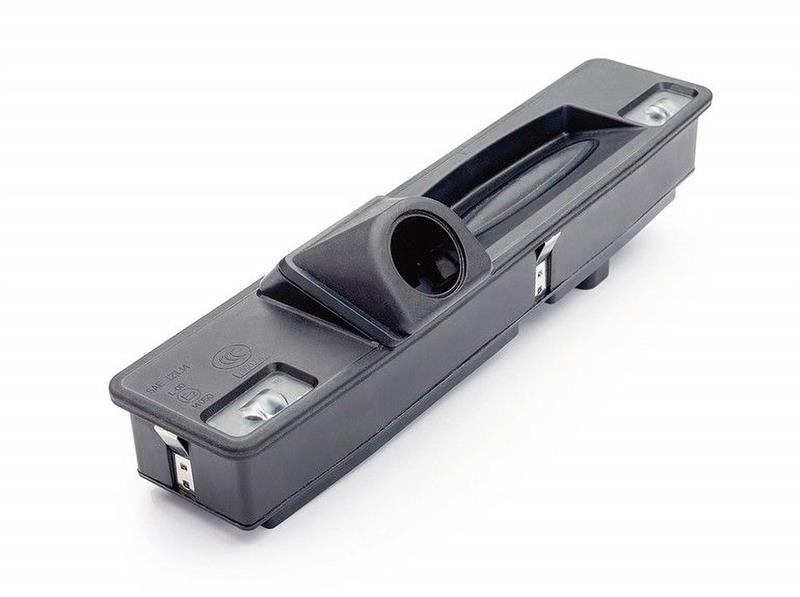 Most flame retardants also diminish the laser transparency of thermoplastics, which is why PBT, polyamide 6 and polyamide 66 compounds with good laser-weldability and high flame-retardant properties are rarely seen on the market. They are, however, needed for components in battery systems for electric vehicles.

Dr Dähling explains: “With Durethan BKV30FN04LT, we can offer a corresponding compound based on polyamide 6. With its halogen-free, flame-retardant package, it passes the UL 94 flammability test of the US Underwriters Laboratories Inc. testing organisation for small test specimen thicknesses with the top classification of V-0.”

The material can be safely processed within a stable process window and leaves hardly any deposits in the tool. Its high tracking resistance of 600V (CTI A, Comparative Tracking Index, IEC 60112) makes it ideal in components for high-voltage batteries and plugs.

The third new LANXESS material for laser welding is Pocan TP150-002. The 30% glass-fibre-reinforced PBT compound is optimised for extremely high laser transparency. It exhibits a transmission of 13%, which is around double the transparency of most other laser-transparent PBT product types (measured with a LPKF TMG-3 at 980nm and a test specimen thickness of 2mm).

“We have tailor-made the material for the cost-efficient laser welding of components requiring a greater wall thickness for design reasons,” says Dr Dähling.

HiAnt – support for every aspect of laser welding

HiAnt is the LANXESS customer support service also for the development of laser-welded components. Services include material-based component design with CAE tools.

“We perform simulations to reduce distortion, for example, making the joining process safer and more stable,” says Dr Dähling. The service also encompasses a wide range of component tests performed according to customer standards, including dynamic tests that can also be performed on larger components and, on request, in combination with climate tests. The service also includes technical support for injection moulding, welding, sampling and at the start of series production.

A SUITABLE CASE FOR TREATMENT (BY LASER WELDING)